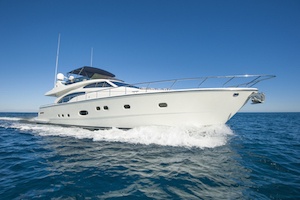 Most boaters on inland waterways such as the Ohio River, Kanawha River and Lake Erie exercise caution to protect their passengers and other persons they may encounter on the water. Unfortunately, there are a certain percentage of boaters who look at their time on the water as an opportunity to drink alcohol to excess, take drugs and operate their watercraft in a dangerous fashion. When a boat owner or fisherman invites passengers on his/her pleasure craft to enjoy the day, he/she has a legal and moral obligation to exercise reasonable care to make the voyage as safe as possible. Steven Schletker has spent many hours operating pleasure craft on the Ohio River, Kentucky River and Licking River and has litigated boating and watercraft accident cases to successful conclusion.

If you are injured while boating, water-skiing, tubing or operating a jet ski, a lawsuit may be filed under federal or state law. An analysis of which forum is most likely to provide the best results is strongly recommended. It is important to select an attorney who is experienced in handling boating and watercraft accident cases. Many attorneys handle boating and watercraft accident cases as though they were car wreck cases. An inartfully pled complaint may forfeit your right to trial by jury, negatively impact the type of damages recovered and potentially limit your recovery to the value of the vessel.

If a pleasure craft collides with a towboat, Great Lake ship or other commercial craft, a cause of action may be filed under the general maritime law. To prevail against a tugboat owner or river company, the injured party must establish negligence. The injured party must also prove that the ship owner’s negligence was the legal cause of the injuries. Proof must be submitted to establish the claimed negligence was a substantial factor in the injury.

An operator of a towboat, speedboat or other vessel has the duty to understand the effect of its wake and to take rational safety measures to avoid causing surges that may disrupt other vessels.

Collisions between inland towboats / barges and speed boats are all too common. Inland towing vessels are typically equipped with the utmost in navigational safety equipment. Safety systems include radar, satellite synched automatic identifications systems and radio communication. However, the human element of the captain or pilot can defeat even the best safety equipment. Carefully monitoring navigation aids, posting lookouts, giving warning signals are all essential elements of maintaining safe waterways.

If you have been seriously injured in a pleasure craft or jet- ski accident, Steven Schletker will provide a free analysis of your case. If the mutual decision is made to pursue litigation, he will handle your case on a contingency fee basis. No fees or costs will be owed unless you recover money from the at fault party. Call Steven Schletker at 800-254-7487 for a free initial consultation.