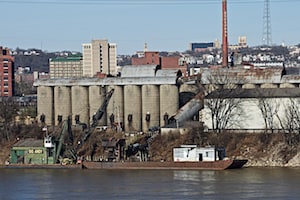 Workers at terminals such as Kinder Morgan, Cincinnati Bulk Terminals and Cincinnati Barge and Rail Terminal load and unload products from barges in navigation on the Ohio River. Employees at these facilities who work on the Ohio River, on or near Ohio River docks or in areas adjacent to the Ohio River may be eligible for the protections provided by the Longshore and Harbor Workers’ Compensation Act. If you are involved in the handling of dry bulk, break bulk or in general cargo loading and unloading at or near the Ohio River, your work injury claim may not be covered by the Ohio Bureau of Workers’ Compensation.

Traumatic Accident Not Required Under the Longshore Act 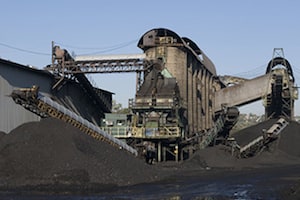 Steven Schletker has handled many work related Longshore claims where the employee did not suffer a traumatic accident. The federal Longshore and Harbor Workers’ Compensation Act is worker friendly on the issue of establishing causal relationship between employment and an injury. If a worker is operating a crane to unload product from a barge and falls climbing out of the cab, connecting the injury to the claim may be relatively simple. Establishing causation may be more difficult when a worker performs repetitive manual labor over the course of time but does not suffer a traumatic accident. It is not uncommon for a worker to be disabled as the result of performing heavy manual labor over time. In this scenario, proving causation may be more difficult. Employers frequently argue that the worker does not have a compensable injury since there was no accident. Under the Longshore and Harbor Workers’ Compensation Act if the dock worker’s condition was caused or even if it was aggravated, exacerbated or worsened by the work experience, the condition may be compensable. Arthritis claims are an example of the type of case where the worker may expect more favorable treatment under the federal Longshore Act. Even if a river worker has performed manual labor over the course of decades, doctors are hesitant to testify that the work caused the arthritis. There is strong debate in the medical community about what causes arthritis. Under the Longshore Act the injured worker does not have to prove repetitive labor caused arthritis. All he/she needs to prove is the repetitive Longshore work over the course of time worsened or hastened the development of arthritis. Even if a condition is the result of heredity or other non-work related factors, if the work contributed to the current level of impairment, the claim will likely be compensable under the Longshore Act.

Personal Service from a Lawyer Who Cares about Your Claim

Injured Longshoremen deserve an attorney who takes a personal interest in each case. Steven Schletker will actively work with the injured worker, take his/her phone calls, and return calls promptly. Steve takes a hands-on approach to guide the injured dock worker through the federal administrative process. He has been interacting with Claims Examiners from the Office of Workers’ Compensation and Administrative Law Judges for many years. Let his experience and skill go to work for you.