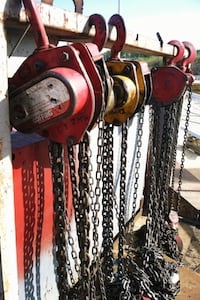 Workers on or near the Ohio River, Kanawha River, Licking River, Big Sandy River, Lake Erie and Green River are frequently eligible for protection and benefits under the federal Longshore and Harbor Workers’ Compensation Act. However, claims for on-the-job river related injuries are all too often steered by employers to the Ohio, West Virginia or Kentucky state compensation systems. By litigating a claim under a state workers’ compensation system, the injured worker is denied the protection of the United States Department of Labor. Benefits are frequently more generous under the Longshore Act than under state workers’ compensation systems.

Longshoremen and stevedores perform work such as loading, unloading and cleaning barges, tow boats or Great Lakes vessels. A longshoreman may perform work on a dry dock, weld on a spud barge or perform conveyor belt system repair. It is not necessary for an employee to be onboard a barge, towboat or dock to be covered under the Longshore Act. Longshore coverage has been extended to injured workers such as a truck driver moving steel taken from a barge to a scrap field up the hill from the river, and to a mechanic injured in a gear room located several hundred yards from the dock.

The Longshore Act has presumptions and unique rules that frequently favor the injured worker. One example of such a feature is the presumption that applies when an injured longshoreman’s work related injury disqualifies a return to his/her former position. In that circumstance, there is a presumption of permanent total disability. The employer or insurance carrier has the burden of proving that the injured worker can perform suitable alternate work. If the longshore employer cannot prove the existence of jobs within the longshoreman’s local area that he or she can perform, the finding will likely be one of permanent total disability. This type of burden shift from the injured worker to the employer is not seen in Ohio, Kentucky or West Virginia workers’ compensation claims.

Another unique feature of the Longshore Act is the “aggravation rule”. If a dock worker is injured on the job and has a pre-existing condition, the entire extent of the disability will likely be compensable, so long as the work injury aggravated or worsened the condition. The injured stevedore is not required to present proof that apportions what part of the disability is related to the pre-existing condition and what part is related to the new injury. So long as the condition is worsened by the new Longshore accident, the entire extent of the disability is likely to be included in the award.

Steven Schletker will provide a free initial evaluation to help determine whether you are eligible to pursue benefits under the Longshore Act. You can start the process by calling Steve at 800-254-7487.