If you have suffered an injury while working at a dock or landing on a river or Lake Erie call Steven Schletker. Steve is an experienced Longshore attorney licensed to practice law in the State of Ohio. 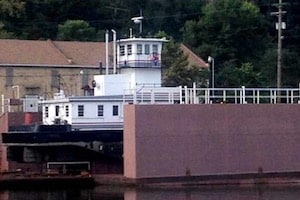 Ohio has hundreds of miles of navigable waterways. Commercial docks, piers and landings are located throughout the State. Dockworkers, barge loaders and marine repairmen who work on the Ohio River, Lake Erie, Maumee River and other commercial waterways in Ohio may be covered by the federal Longshore and Harbor Workers’ Compensation Act.

Cities such as Marietta, Gallipolis, South Point, Ironton, and Portsmouth have a surprisingly large number of maritime related workers. If you are injured working on or at the docks for employers such as Campbell Transportation, Bellaire Harbor Service, Rayle Coal Company, Neale Marine Transportation, McGinnis, Inc., C&B Marine or Superior Marine you should have your case evaluated by an experienced maritime attorney. Steven Schletker has been handling Longshore and Jones Act cases arising from river accidents for more than thirty years. Call (800) 254-7487 for a free initial consultation.

Ohio has hundreds of miles of navigable waterways. Commercial docks, piers and Steven Schletker has successfully handled cases arising from dock injuries on Lake Erie for more than twenty five years. Injuries occurring on the docks in Toledo, Sandusky, Cleveland, Ashtabula and Conneaut can be particularly problematic.

A land based worker injured in Toledo or Conneaut can expect Ohio Bureau of Workers’ Compensation oversight to be provided by a local or regional representative. Under the federal Longshore and Harbor Workers’ Compensation Act, a worker injured in Toledo or Conneaut will have his/her claim handled by a United States Department of Labor Claims Examiner in Houston, Texas. It helps to have an attorney familiar with the federal system.

Ohio has hundreds of miles of navigable waterways. Commercial docks, piers and Previous oversight for Ohio Longshore workers’ compensation injury claims was provided by the Department of Labor, Office of Workers’ Compensation Programs Chicago District Office. Representatives from the Chicago District Office regularly traveled to Cincinnati, Toledo and Cleveland to conduct Informal Conferences. Following the closure of the Chicago office, dock workers injured in Ohio no longer benefit from Department of Labor District Directors and Claims Examiners traveling to the area for in-person Informal Conferences. Procedures and preferences of the District Director and Claims Examiners in the Houston District Office will likely be unknown to most Ohio attorneys. Steven Schletker has had the privilege of working with the Houston District Director and Claims Examiners for more than a decade.

Do I Have to Be Injured on a Towboat, Great Lakes Vessel or Barge to Be Covered Under the Federal Longshore and Harbor Workers' Compensation Act? 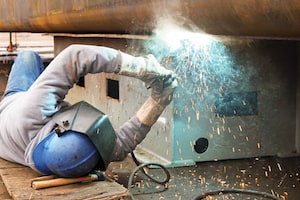 The Longshore Act applies to workers injured upon navigable waterways. Examples of navigable waterways include the Ohio River, Lake Erie and the Maumee River. If a welder is injured on a docked towboat, barge or Great Lakes vessel it is likely that he/she will have their injury claim handled under the Longshore Act rather than the Ohio Bureau of Workers’ Compensation. An Ohio worker does not have to be on the water to be covered under the Longshore Act. A worker in an area near the water who assists in the loading, unloading, servicing or repair of vessels may be covered by the Longshore Act. For example, an oiler who greases rollers or bearings on equipment used to bring product to or from a vessel may be covered. An electrician or carpenter who provides services that ultimately assist with the loading, unloading, repair or servicing of vessels may be covered. Contact Steve Schletker for a free initial case evaluation.